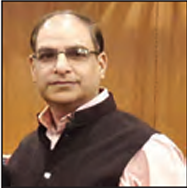 © 2019 Published by Scientific Scholar on behalf of Indian Journal of Aerospace Medicine
Licence
This is an open-access article distributed under the terms of the Creative Commons Attribution-Non Commercial-Share Alike 4.0 License, which allows others to remix, tweak, and build upon the work non-commercially, as long as the author is credited and the new creations are licensed under the identical terms.
How to cite this article: Murthy HM, Mohapatra SS, Uday IG. Excessive daytime sleepiness and obstructive sleep apnea among aircrew: A questionnaire survey. Indian J Aerosp Med 2019;63(1): 16-20.

Obstructive sleep apnea (OSA) is a condition resulting in disrupted sleep and excessive daytime sleepiness/somnolence (EDS) with demonstrable deficits in cognitive and psychomotor performance. Indian studies have shown the prevalence of 4.9–19.7% in males and 2.1–7.4% in females. Prevalence among military aviators is unknown.

EDS was determined by employing Epworth Sleepiness Scale (ESS) among the 54 male aircrews in an airbase. The risk for OSA was also determined among these individuals using STOP-BANG questionnaire.

It was found that none of the aircrews in the study group is found to have dangerously sleepy (DS). About 11.11% of the studied population were found to have EDS which is less than the prevalence rate in India as per a study conducted by the National Institute of Mental Health and Neuro Sciences on general population and the Western world (prevalence rate of 16.7%) as found by Gislason et al. OSA risk among the study population was (n = 9/54) 16.16%. The prevalence of OSA in India male is reported as 4.9–17.9%. Thus, percentage of aircrew showing the risk for OSA in this cross-sectional study is comparable with the general population in India. However, no correlation was found between the risk factors of OSA with ESS. The reasons for EDS could be attributed to factors such as personal lifestyle, sleeping habits, and poor work-rest schedules. It is interesting to note that none of the aircrew, who is positive for OSA risk, is showing EDS/DS. This further confirms that OSA risk individuals may not have EDS/DS and this could be a reason why, OSA largely remains underdiagnosed and untreated in clinical practice.

This cross-sectional study has brought the conclusion that both EDS and risk for OSA coexists even in a fit and healthy population of aircrew.

Sleep disorders in various forms are common in the general population. These disorders if not diagnosed and treated effectively may result in excessive daytime sleepiness (EDS) or insomnia with demonstrable deficits in cognitive and psychomotor performance. Aviation personnel perform a variety of complex tasks requiring a high degree of mental and physical involvement. Fatigue, sleepiness, and circadian rhythm disturbances can have a critical effect on aviation safety. Because of the persistent nature and impact on psychomotor and cognitive performance, a history of sleep disorders is generally considered permanently disqualifying. Fitness for flying may be considered only in cases when successfully treated.

Obstructive sleep apnea (OSA) is a condition resulting in disrupted sleep and EDS. The condition is linked to hypertension, angina, nocturnal cardiac arrhythmias, myocardial infarction, and stroke – many of which would be incapacitating in flight. In addition, aircrew with OSA may develop cardiovascular abnormalities to include dilated cardiomyopathy. The repetitive nocturnal oxygen desaturations that are part of this condition can lead to the development of pulmonary hypertension and cor pulmonale.

The key to OSA lies in the pattern of muscle activity that occurs in different stages of sleep. While diaphragmatic activity is largely unaffected by sleep stage, muscle tone in the upper airway is substantially depressed during sleep, especially during rapid eye movement (REM) periods. This loss of muscle tone leads to increased resistance to airflow through the upper airway during inspiration; in expiration, on the other hand, positive intraluminal pressure tends to stent the pharynx open. A modest amount of obstruction results in turbulent airflow in the pharynx, with consequent vibration of the soft palate (snoring). A greater amount of obstruction may lead to hypopnea (>50% reduction of airflow for >10 s with a drop-in oxygen saturation of at least 4%) or apnea (total or near-total cessation of airflow for >10 s). This can result in significant arterial hypoxemia. Reductions in airflow that do not meet criteria for hypopnea or apnea, but that result in arousal to the awake state, are classified as Respiratory Event Related Arousals. This disruption causes fragmented sleep and poor sleep quality. The predominant symptom is typically daytime sleepiness. The correlation of hypersomnolence to the degree of sleep disruption is remarkably variable from one individual to another, but in general, the greater the degree of sleep apnea, the more likely the individual is to fall asleep. During sleepiness (due to any cause) condition, it is difficult to stay awake when activities become boring or repetitious. He or she may feel an urge to nap, but unlike in narcolepsy these naps are usually not refreshing, since disordered breathing disrupts the nap as well. Sleep apnea may be associated with restless nocturnal behavior, choking sensations (which typically resolve immediately on awakening), recurring dreams of strangulation/drowning (or more commonly loss of dreaming, and due to interruption of REM sleep), and morning headache, the last probably due to hypercarbia. A small group of individuals with OSA may complain of insomnia, usually because they are unable to maintain sleep due to repetitive awakenings.

OSA is the most common pathologic sleep disorder. The best available estimates of prevalence suggest that among American adults ages from 30 to 60, 4% of males and 2% of females are affected.[1,2] Prevalence among military aviators is unknown. This study was a novice attempt to determine the presence of EDS and OSA among a healthy group of aircrew in an airbase.

The objectives are as follows:

A total of 54 males, healthy aircrew from a forward fighter airbase in the age group of 23–52 years have volunteered for this prospective, cross-sectional study. In view of medical privacy and confidentiality issues, their names, personal numbers, and their unit/squadron were not collected. Those who gave the history of smoking, alcoholism, and use of sedatives or tranquilizers were not included in the study.

Neck circumference was measured by the medical staff using a measuring tape at the level of lower border of thyroid cartilage, parallel to the ground. Height and body weight were measured and body mass index was calculated using a calculator. The participants were subjected to pre-validated ESS and STOP-BANG questionnaires. The adequate normal sleep and EDS and dangerously sleepy (DS) groups could be found using ESS.[3] It assesses the likelihood of a subject dozing off at eight different situations during the day time. Subject has to grade from 0 to 3, 0 suggests no chance of dozing, 1 suggests slight chance of dozing, 2 suggests moderate chance of dozing, and 3 suggests high chance of dozing. Similarly, STOP-BANG is a validated questionnaire to detect possible sleep apnea.[4] It has eight risk factors enumerated in it. The subjects respond with Yes/No. If the response/score is yes for three or more risk factors, it implies that subject has high risk of OSA. If the response/score is yes for <3 risk factors, it implies that subject has less risk of OSA. Risk grouping for high-risk and low-risk for OSA was based on responses and was grouped into two categories.

Relevant descriptive statistical analysis was done using Microsoft® OfficeExcel® 2013 Professional edition. The primary goal of the study was to estimate the prevalence of risk of OSA in aircrew and to know the association with day time sleepiness scores of the individuals. Variables were presented as mean ± standard deviation (SD). Spearman’s correlation was found at the level of 95% confidence level. All statistical analyses were performed using Statistica software (version 9.0).

Similarly, to determine if there is any correlation between STOP-BANG determinants (except gender) and the EDS/DS, the data collected from the study group were subjected to correlation analysis and the results are shown in Table 4.

Sleep-related disorders (SRD) can be manifested in various forms. The International Classification of Sleep Disorders lists 84 different sleep disorder diagnoses. It is reported that almost one-third of the general population could have some form of SRD.[5] The prevalence of SRD was 56% in the USA, 31% in Western Europe, and 23% in Japan.[6] A prevalence rate of 28% for sleep disorders related to initiation and maintenance of sleep has been reported in an urban population from North India.[7] OSA is one of the SRD which is increasingly recognized as an important cause of medical morbidity and mortality. OSA varies in epidemiology from 2% to 17% depending on severity and racial ethnicity. Indian studies have shown prevalence of OSA 4.9–19.7% in Indian males and 2.1–7.4% in Indian females.[8] Untreated OSA might cause sudden incapacitation and even death due to cardiovascular or cerebrovascular events.[9,10]

Individuals suffering from SRD/OSA may manifest as EDS, which is strongly associated with human errors related to industrial and road traffic accidents.[11] It is known that any form of SRD can lead to fatigue due to cumulative sleep debts. This can adversely affect the performance of aircrew on aspects such as vigilance decrement, increased lapses of attention, cognitive slowing, short-term memory failures, deficits in frontal lobe functions, and rapid and involuntary sleep onsets.[12-14] All the above factors pose a serious threat to flight safety.

It is a known fact that almost half of individuals who are suffering from sleep disorders are not aware and therefore do not take any initiatives to resolve their sleeping problems.[6] The prevalence of SRDs in aircrew is not known. This study was a first-ever attempt to determine the presence of EDS/DS and risk of OSA in a randomly selected group of aircrew in a military flying base.

In this study, 6 out of 54 (11.11%) of the studied population were found to have EDS but nobody was DS. This proportion is less than the prevalence rate among general population in India as per a study conducted by Panda et al. in the National Institute of Mental Health and Neuro Sciences, which was between 20.0% and 34.2%.[15] Furthermore, Gislason et al. reported a prevalence rate of 16.7% in a western study.[16] Similarly, 9 out of 54 aircrews (16.16%) had shown the risk for OSA. Interestingly, none of the EDS positive aircrew had shown positive risk for OSA. If it is not OSA or any form of SRD, sleep deprivation leading to EDS could be attributed to the behavioral factors, job scheduling factors, faulty sleeping habits, emerging trend of life style, etc.,[17] and to be investigated further by the supervising officer from the squadron/unit with the help of unit medical officer. Second, it is interesting to note that, none of the positive OSA risk aircrew was found to have EDS/DS. This confirms a trend that OSA risk individuals may not have EDS/DS and this could be a reason for OSA or any kind of sleep disorder may remain underdiagnosed and untreated in the clinical practice.

This cross-sectional study has brought the conclusion that both EDS and risk for OSA coexist even in a fit and healthy population of aircrew. With the present scope of medical protocol and policy, such subclinical conditions remain underreported. Considering the aeromedical and flight safety concerns, it is suggested that necessary guidelines may be instituted toward effective procedures for screening, investigating, and managing such cases like it has been carried out for civil aircrew both in India and abroad.[18,19]

This study was possible only because of the positive participation of a highly motivated group of aircrew in a forward fighter base, the encouragement received from the higher medical authority in the command and supports from the medical staff in the SMC. The corresponding author also acknowledges the sincere gratitude to Surg Cdr IB Uday for his guidance and academic support during the study.