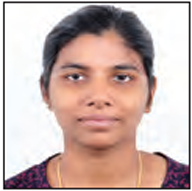 The phenomenon of almost loss of consciousness (A-LOC) is although known to the aviation fraternity since the 1980s, it is not well researched. Very few studies have attempted to elaborate the characteristics of A-LOC. The present study is a retrospective analysis which has endeavored to address the lacunae in literature.

A retrospective analysis of the G training data in high-performance human centrifuge for a time span of 4 years (2009–2013) was carried out.

A total of 71 A-LOC incidents were reported and were analyzed for better understanding of A-LOC. On the basis of findings such as nystagmus, maintenance of postural tone, convulsions, amnesia, and dreams during A-LOC, neurophysiology of A-LOC has been hypothesized.

The presence of nystagmus and maintenance of body posture suggest intact vestibulo-ocular reflex and sensory-motor tract, respectively. Non-recollection of dreams, amnesia suggests breach in memory and/ or information processing for higher functions. The mechanism of A-LOC in toto can be explained by regional differences in blood flow and vulnerability of cerebral centers to ischemic hypoxia. Convulsions in A-LOC could be attributed to hyperexcitability of nerve fibers due to hypoxia.

Although almost loss of consciousness (A-LOC) is a known phenomenon during +Gz acceleration exposure, only few studies have documented the characteristics and incapacitation period during A-LOC. The reason being, deliberately subjecting the participants to A-LOC or G-induced loss of consciousness (G-LOC) is unethical. In-flight studies are also not practicable, although accidents due to in-flight A-LOC have been reported in literature.

A-LOC is characterized by incapacitation of the pilots due to impairment in cognitive and motor functions of individuals when individuals are exposed to acceleration, with maintenance of posture. There is a definite time period of incapacitation during A-LOC when the pilots are unresponsive to the external stimuli. This incapacitation period is similar to relative incapacitation period in G-LOC. The control over the aircraft is lost during this time interval. The time period of incapacitation in A-LOC although plays a crucial role in the possibility of recovering the aircraft, has not been well studied. Sinha and Tyagi analyzed the data of six A-LOC incidents in the centrifuge.[1] They described the period of incapacitation of A-LOC as the time from which the pilot developed a blank stare/stopped anti-G straining maneuver (AGSM) till the cancellation of the siren. They reported that the incapacitation period varied from 4 to 8 s except one pilot who was incapacitated for 27 s. Shender et al. studied A-LOC on nine participants and divided the symptoms into physical, cognitive, and emotional.[2] The physical symptoms included tingling in the hands, arms, and face, dazed or blank facial expression, twitching or involuntary movements in arms and hands, eye movements, facial relaxation, overall loss of control, hearing loss, and transient paralysis. The cognitive symptoms included confusion, amnesia, delayed recovery, difficulty in forming words, and disorientation. The emotional symptoms included pleasant feeling, unpleasant feeling, concern, and surprise.[2-4] However, only nine participants were subjected to +6 Gz, +8 Gz, and +10 Gz pulses in his study. Thus, there is a need to study A-LOC in larger number of participants.

The study was conducted in the Institute of Aerospace Medicine, Indian Air Force, Bengaluru. High-performance human centrifuge which was manufactured by AMST was installed in the department of acceleration physiology and spatial orientation in 2009. This, high G simulator with an 8 m radius and computer-controlled human centrifuge is capable producing up to 9G. The gondola of the centrifuge was equipped with two-way audio and a one-way video communication system. The back of the gondola seat was reclined at 17 from vertical as a convention. All the runs were carried out as per the existing protocol.[5]

Baseline +Gz (+1.4 Gz) was attained in 5 s and was the immediate start point for all subsequent +Gz excursions within a profile. It is a practice to record videos for all the runs that have been conducted in the centrifuge. The stored data can be archived whenever required. All video data were archived from 2009 to 2013. The profiles for archived video data included gradual onset rate (GOR), 4.5G target tracking (TT), 6G TT, 7G TT, 8G TT, 9GTT, 7G open loop (OL), 7.5G OL, 8G OL, and 9G OL runs. Relaxed and straining tolerances were checked in GOR profiles. The A-LOC videos retrieved were purely incidental. Thus, clearance from ethical committee was not required. A total of 8093 videos were analyzed over a period of 3 months by two independent observers. The videos were analyzed for the characteristics of A-LOC and time duration of incapacitation. The time period of incapacitation was considered from the time; the pilot has stopped performing AGSM/gave a blank stare till the time he responds to auditory stimuli.

A-LOC is a state of mind where the subject’s eyes are open, muscle tone is maintained, but the participants do not respond to any external stimuli. This can be due to the effect of +Gz on any of the component of sensory-motor tract, i.e., either sensory system or motor system or cognition which has been substantiated below.

Nystagmus was observed in 43 participants during A-LOC. Forty-one pilots had vertical conjugate nystagmus, one pilot had convergence of eyeballs, and one pilot had torsional nystagmus. The no nystagmus state in remaining participants could be explained by negligible eye movements, which is difficult to notice without electrooculography (EOG). The characteristics of nystagmus are in favor of peripheral nystagmus as few other authors also have reported vertical conjugate down-beating nystagmus during Gz offset.[6-8] The preventive measure for A-LOC incidence is an initiation of offset of +Gz. Gz offset is initiated by various mechanisms at the commencement of A-LOC, namely, the centrifuge run was terminated either by the pilot leaving the stick, releasing the dead man’s button or by the medical personnel activating medical stop. This deceleration in Gz will stimulate the vestibular system. As a result, vestibulo-ocular reflex (VOR) gets activated and manifests in the form of nystagmus. The presence of VOR during A-LOC proves adequate functioning of vestibulo-ocular system and oculomotor nuclei during A-LOC. This indicates that the blood supply to the vestibulocochlear system is maintained and their sensory constituents (cochlea and vestibule) are functional. A study by Agarwal et al. supports the same. Agarwal et al. recorded EOG on 19 participants during centrifuge run. They have reported conjugate vertical nystagmus during onset and offset profile but in opposite direction, respectively. Nystagmus was also observed in steady phase of +2.5Gz for 3 min which did not have uniform frequency or direction. Agarwal et al. proposed that nystagmus in the steady phase was due to central ischemia or vertebrobasilar insufficiency.[6] However, the possibility of central nystagmus cannot be negated. Recording with EOG can explain the findings in detail in the future.

Convulsions and involuntary body movements were observed during A-LOC in the present study. The mechanism of convulsions during G-LOC has been explained by Whinnery; however, same theory may not be applied to A-LOC. Whinnery has explained that convulsions occur in G-LOC when the reticular system blood supply is maintained and that to the cerebral cortex is cut off.[9] The same theory does not hold good for A-LOC because it has also been observed that body posture and skeletal muscle tone are maintained during A-LOC. The pathway for maintaining muscle tone starts from joint and muscle receptors, travel through dorsal tract to the cerebral cortex and the information is passed through the corticospinal tract to the muscles. This suggests that blood supply is not totally cut off to motor cortex. It was supported by Werchan et al., in 1996, in which the baboons were given a gradual onset profile until the animals went into GLOC. Radiolabeled microspheres were used to measure regional central nervous system blood flow.[10] It was found that the blood flow to the cerebral cortex initially decreased before it finally ceased during GLOC. Since A-LOC is a stage before G-LOC, the blood supply during A-LOC must not have ceased completely but only decreased to an extent of insufficiency. This observation was further reinforced by the concept of buffer zone by Werchan et al. He reported that up to 60% of the blood flow, cerebral functions are maintained; however, with further reduction in blood flow, electroencephalogram and cerebral metabolism are affected.[10] Therefore, it can be assumed that the zone of 0–60% cerebral blood flow could be the zone of A-LOC. Thus, the presumption in the present study is that ischemia is a causative factor of convulsion during A-LOC rather than cassation of blood supply to the cerebral cortex. A neuron or group of neurons in the brain can become hyperexcitable or irritable due to ischemic hypoxia that affects the action potential and causes these nerve cells to discharge action potentials irregularly without adequate suppression and attenuation of the abnormal activity. If this occurs, the corresponding muscle fascicles may begin to contract inappropriately, thus producing seizure-like activity which was seen during A-LOC. Basically, ischemia causes depolarization of cell membranes, which leads to glutamate release at synaptic clefts. This process is initiated during ischemia and proceeds during the recirculation phase resulting in post-ischemic hyperexcitability of neurons, thus leading to convulsions.

Out of 30 pilots who were questioned about the event, only 7 remembered that they had experienced A-LOC. Remaining 23 pilots had no recollection of the event even though 11 of them claimed to have experienced grayout and one pilot claimed to have had a blackout. Thus, 77% of the pilots had amnesia during A-LOC. An elucidation of the mechanism involved in causation of amnesia may guide us in understanding the phenomenon of A-LOC. The pilots not recollecting the immediate incidents suggest inadequacy in processing of sensory memory. The cerebral center known to be involved in memory processing is hippocampus located in medial temporal lobe. Werchan et al. reported that the rate of blood flow to the temporal lobe is about 51 ml/min/100 g in basal conditions, which is less compared to any other region in the brain, making it a vulnerable target of initial ischemic insult. Animal studies by Bothe et al. described that even mild ischemia without any gross neurological deficit can cause selective neuronal injury in hippocampus.[11] Thus, it is reasonable to presume that hippocampal injury due to ischemia is the causal factor for amnesia during A-LOC. Further studies with color Doppler during A-LOC will help in arriving at a conclusion.

Two of 30 pilots admitted that they had dreams during A-LOC, but they did not remember the contents of the dreams. Dreams have not been reported in literature during A-LOC earlier and all the pilots have not been interrogated for dreams. Thus, the data of the participants regarding dreams are incomplete. Further studies may substantiate the presence of dreams during A-LOC. This study also has few limitations and is described in this paragraph. This is a retrospective analysis of A-LOC incidents in high-performance human centrifuge. A prospective study can give a better idea of the participants having amnesia and dreams during A-LOC. Only two of the participants admitted that they had dreams. Since dreams during A-LOC are not yet described, many of the pilots were not questioned about dreams. The data might vary in a prospective study. After studying the detailed characteristic of A-LOC, A-LOC was defined. A-LOC is defined as an altered state of mind with open eyes and maintenance of posture, and it occurs due to critical reduction in blood of supply to the brain while pulling +Gz. The time period of incapacitation is 10 ± 3.26 s. It may be associated with nystagmus, amnesia, involuntary body movements, and dreams.